Short video by Sander Neijnens with the Ascendonica Romaine matrices, the assumed unit system, and the resulting digital font. This was made as part of the Expert class Type design 2019–2020 course project, for which a group of international students explored models by the French Renaissance punchcutter Robert Granjon (1513–1589) as the basis for a digital revival. The research question was whether there is cross-standardization between Granjon’s roman and cursive Ascendonica models. 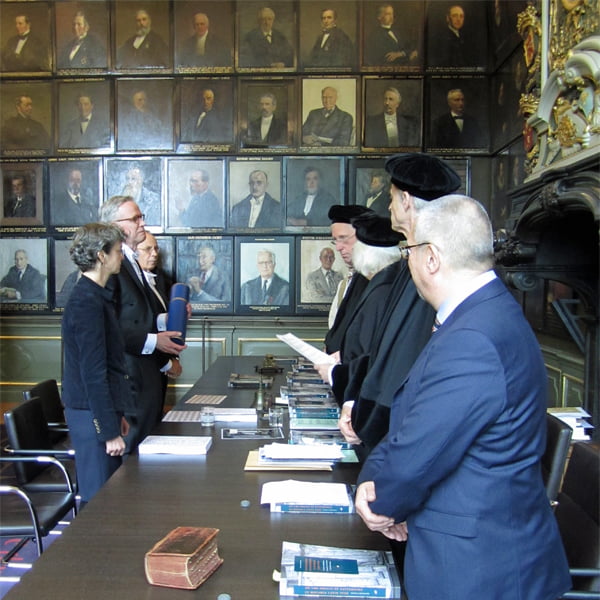 Dr. Blokland in front of the Opposition Committee after receiving his diploma

On 11 October 2016 at 11:15 a.m. Blokland successfully defended his PhD dissertation at Leiden University. Blokland’s research was conducted to test the hypothesis that Gutenberg and his colleagues had set up a ﬁxed standardized and even unitized system for the production of textura type, and that this system was extrapolated for the production of roman type in Renaissance Italy.

On Wednesday 28 August in the presence of the Expert class Type design 2013–2014 (Plantin Institute of Typography) students, Guy Hutsebaut of the Museum Plantin-Moretus and Frank E. Blokland tested (again) Blokland’s theory on the systematization of the Renaissance font production, culminating in the standardization of character-widths in matrices. From Garamont’s original 16th-century matrices of the Gros Canon Romain the complete lowercase was cast using a ﬁxed setting for the mould’s registers. By just centering the lower-case l and adding a little bit of space at both sides of the serifs, it was possible to properly cast the complete lowercase with the same register setting for the mould.

EcTd-student Kees Kanters recorded the casting, which resulted in the video above. 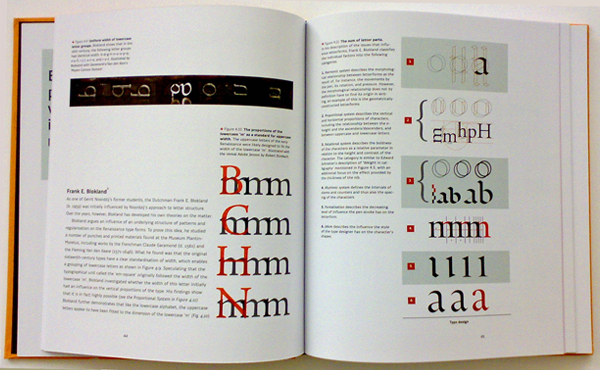 In the recently released book Reading Letters: designing for legibility by Dr. Soﬁe Beier, Chapter 4 Theories on letter structure describes on three dedicated pages (the background of) some of Frank E. Blokland’s models and theories. The other two approaches described in this chapter are the mostly calligraphy-oriented ones by Edward Johnston and Gerrit Noordzij.